Windows 8 Consumer Preview came out a while ago, and I personally don't like it that much. I thought even the Developer's Preview was a bit better. Now they seem to have taken out the start button as well as the fancy Task manager view even with MetroUI enabled through the registry!

I will wait for release before passing judgement.
If you look at the fish background, their is a number 8.
The same 8 on the bubble from the fish.
I can say i'm liking some of the things like less ram usage, portability, restore feature, and....

There's a few things I like about it, but that start menu being absent, i'm definitely not going to enjoy.

Yeah! I agree. At first It will feel weird not having a Start Menu button. Lets see what comes out in the final. Another thing i like is that you get Windows not just a half Os or a really limited Os.

http://www.winsupers...ew-sense-142496
Windows 8 Consumer Preview: Does This Even Make Sense?

Microsoft cannot---must not--wait three more years to get to Metro 2.0. It must be prepared to deliver steady updates over the next three years, at least, via whatever means they care to name--Feature Packs, whatever--and improve this core system, free of charge, until they get it right.

I haven't had a chance to install and test yet.
From what im reading. The easy use of mouse gesture implementation on the Metro side needs be worked on. If they can manage to make it work easily then im in.I use the mouse more then the keyboard. They should do the mouse to show the gesture on screen when using the mouse. Similar to when using gestures on a Web browser. You can see a trail of the gesture.

Windows 8 Consumer Preview: Product Demo
Shows the use of the mouse.
http://www.youtube.com/watch?v=jDYQmQ-phX8

Does This Even Make Sense?

In my honest opinion, this looks like an OS for a Windows Phone; something like the iPod or iPhone?

For practicality and use of a desktop itself, I don't see this being very favorable by people that use their desktop for anything productive. Developers, Webmasters, etc...

There's just hardly any sense in all the visuals, and drag and drop maneuverability that you have to accustom to if you're a mouse and keyboard desktop user if you're trying to do something fast on your PC while maintaining some level of decent productivity at the same time.

Maybe it's something that takes time to get used to, but for me, it looks like something that isn't suitable for a Desktop OS period (and that's what ~85% of the Windows users are expecting). I can't see myself getting much work done on a computer like this even if apparently I was to figure out how to get past the no Desktop Start Menu "feature". Too many drag and drops in my way of achieving a fast paced level of productivity with my programming.

I think Microsoft tried to make things easier for the end user by reducing it to a minimal OS, with more visual effects, and completely forgotten about practicality here.

Well.. I use my cellphone around the house instead of the laptop nowadays..

It is in the pocket, it is quick to start up, I read the news just about everywhere.


However, it is a pain to use when writing long messages or whenever I need simple things like passing information from one application to the other.

I agree with you, a desktop machine is a desktop machine and they are great this way. I like to have more than one window open and visible on desktop screen. In fact, I keep so many window in parallel that I don't imagine myself using an OS where this is a "luxury".

Oh well.. this is evolution..

Oh well.. this is evolution..

Point is evolution from what? 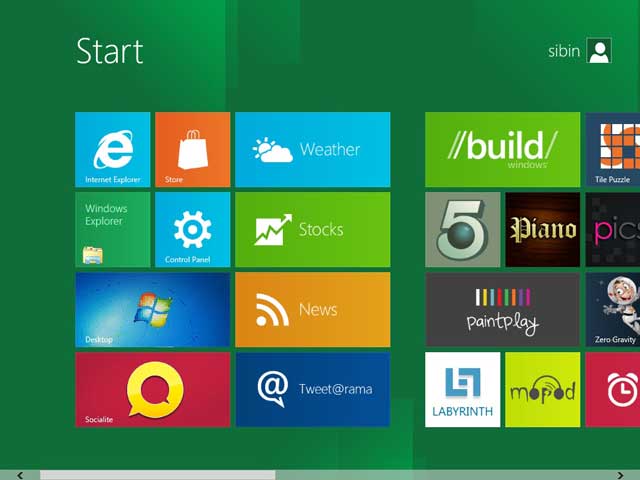 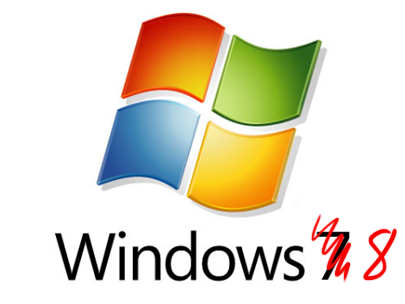 You obviously have not used windows 8. Desktops apps work in windows 8 exactly the same as they did in previous versions of windows. Task bar also works the same as windows 7 - has running and pinned apps.

Big difference is that instead of the popup start menu you now get the full screen metro start screen. This also provides most of the functionality of the start menu except instead of the tree you get a flattened list. Searching with the items works much better in windows 8 - you just starting typing to filter the list. Not like in windows 7 where you could only filter when focused on the search box. I found in windows 7 that I never used the start menu tree to launch apps. I pinned the common ones to the task bar and the less common ones I used search to find quickly.

Yes windows 8 takes a lot of getting used to. To start with I tried all kinds of start menu replacements but after about a week I got rid of them all and just use now the metro start screen.

paraglider, i think we can all agree that the Win7 startmenu sucked. It was like seeing the startmenu through a keyhole.

However, the classic starmenu, where one could start a program without scrolling and a million mouseclicks, works way faster, than having to type the program name.

Somewhere around Win2000 and WinXP we were in the good wine phase of Windows, now the wine has turned and we're moving faster and faster into the vinegar state.

Seen this happen with a lot of good software over the years. The problem with Windows is, that there's no viable replacement available yet.

Here is a "shot of screens" aka how Win8cp works on multiple monitors. The taskbar does show up on both screens, however it is a literal clone of the one on the main screen. By that, I mean if you pin something to the right monitor (or unpin) it does it on both screens. In this picture you can see that Metro only shows up on the primary screen, however if you click on the desktop on the other monitor, Metro will disappear. Its klunky and definately not a good set up for multi-screen with productivity or multitasking in mind.

I'll start this by making a potentially provocative and controversial statement - "People don't like change". As paraglider stated previously, Windows 8 takes a lot of getting used to. Now that I have been using it as my primary OS for just over a week it's starting to grow on me. The lack of a start menu was initially a problem until I realised that I very rarely used it anyway - either in Windows 2000/XP/Vista or Windows 7. I missed it initially simply because I'm used to having it there - not because I used it for anything other than shutting down Windows.

At the end of the day I have always found the start menu to be a very slow program/application launcher and have used various alternatives over the years. More recently I have found myself using either a desktop shortcut, a run box or Explorer. With Windows 8, the Metro is essentially an application launcher and (for me) works well and is easy to configure and customise. Put simply, it is a viable alternative to the start menu and allows me to start apps faster and more efficiently.

I like the idea of Metro apps but have yet to really use them due to the resolution of my netbook not meeting the basic requirements for running them. My understanding is that they are essentially portable applications that can be easily installed or removed without impacting on the operating system. I have been running portable apps whenever possible for a number of years and see this as a very welcome development.

My absolute favourite feature of Windows 8 is however, Windows 2 go. This feature may could well be the death of Windows PE for many users. Don't get me wrong as I rely heavily on Windows PE for backup and recovery purposes (and will continue to do so), however it is not easy to configure PE for other uses - e.g. playing movies, media server, running VM's, .net framework, etc. Being able to run a full Windows (from a USB!) and the ability to install further application at run time is a welcome change. No more manually extracting registry entries or converting them to bartpe .inf files! No more frustratingly long waits for Winbuilder to finish - sometimes to find that I removed the wrong script and it doesn't boot! My only concern is license restrictions in the final release - this feature is clearly aimed at enterprise, not the home user or hobbyist. Some of these features are things I have been wanting from windows for years. Copying a .vhd install to a USB and sticking it in another PC with completely different hardware to watch it boot is still blowing my mind at the moment.

On to my last observation, which may again be controversial. Removing the desktop completely and forcing the use of Metro would probably be a welcome move for the majority of PC users. Allowing full access to the desktop is in my experience the reason most people end up with a non functioning computer - some people simply shouldn't be allowed access to settings they do not understand. Android and iOS are very user friendly and accessible and are much harder to mess up. Metro may well provide a similar experience for Windows users.