113 replies to this topic

It's another compilation mode - uncritically

I have change the mountpemedia.exe to write more in error.log.

Do you have the same Problem, if ramdisk (imdisk) disabled?

Ok, I disabled imdisk and rebuilt. When I boot up Ramdisk (B:) is not present.  If I open explorer and type %temp% it brings me to x:\windows\temp and I see a MountPEMedia.log.  It can be found here.  And the flash drive is still drive C.

I think the Drivmapping the USB flash disk needs some more time on different hardware.
If the flash disk has no drive letter, doesn't find MountPEMedia the CdUsb.Y  file.
MountPEMedia now tried several times whether a drive has been mapped.

I hope this finally works.

Ok your v.17 test3 seemed to work on the machine that it has never worked on.  I posted the MountPEmedia.log from x:\windows\temp here.  So should I just use this in all my future builds?  Do you want to test anything else?

You can use this version temporary, up  the version  available on the Server (projectindex).

I'll sync with ChrisR, when he is back from vacation

Thanks you for your patience. It's a bit complicated if the error is not reproducible

So where do I go to get or check the final version of the script?

Everyone here had the (evidently false) impression that you had virtually closed it/abandoned it in June 2012:

LOL so you actually did a research on every post I ever made on this forum in order to be able to recite them here?! You really must have time to spare... if you invested that time in good project documentation rather than pointless research of a user's forum posts, Win7PE and its users might profit from it big time.

Also funny how you claim that your impression is the impression of "everyone here" (otherwise I must have missed the part where the others stated such a thing).

It is true that my initial problem was solved back then, seeing that with the help that I received in this thread I made it to a working Win7PE with Acronis B&R 11.0. That does not mean that I am not interested in having such a thing with the latest release of 11.0 though. For obvious reasons I could not ask for that back then, seeing that no later release existed at that time, but meanwhile it does, so it is evident that posting a corresponding follow-up here makes sense.

Like in that other thread you indirectly referred to, I will again do something that distinguishes me from experts like you: Post something useful for others.

I have tried 2aCD's new script version on B&R 11.0.17440 and found that it basically works well, only that a script error occurs when copying files libcrypto9.dll and libssl9.dll because in 11.0.17440 these files have been replaced with libcrypto10.dll and libssl10.dll. Editing the script accordingly (by simply altering the file names in the script) worked nicely. I suggest 2aCD might update the script so other 11.0 users can use it.

Well, if the people that hijacked in your opinion the thread had thought that it was "your" thread they wouldn't have probably dared to post on it (with the risk of hijacking it).

of "your" thread, most probably because in perfect good faith they thought that you had "abandoned" it.

Now that you have claimed back possession everything is clear, though the concept of "thread possession" is something that is not common 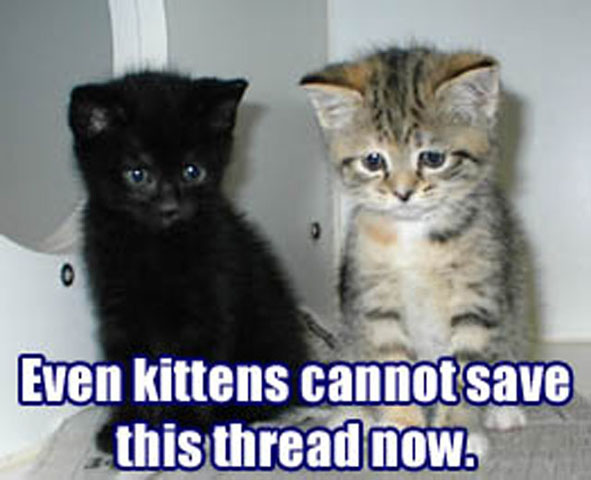 Also tagged with one or more of these keywords: acronis, backup & recovery 11