FerrariGuy
View other files from this member 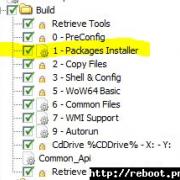 This is a script that makes use of DISM to install up to 6 installable packages in your WinPE project. It has been tested working in WinPE7_SE x64 and x86 v3.0 and v3.1 (as long as the Vista wimflt.inf has not been installed.) (i.e. a system on which DISM works.)

I use the script to ensure that the HTA, MDAC, and other support packages are installed in my version of PE so that certain scripts and windows deployment tools will properly function in my environment. I've left these lines in the script as examples. There's no reason why it cannot be used to istall anything viable to install via the "/Add-Package" command though. Note that %BootSrc% needs to be writable.

Note if you click "Pause after each driver package ..." you'll have to manually close each command window to allow the script to continue. 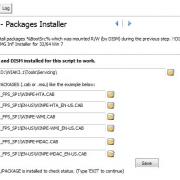