pscEx
View other files from this member 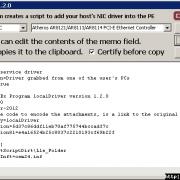 LocalDriver is a tool which grabs the NIC, Audio or Video driver from the user's PC and generates a WinBuilder script which can be added to WinBuilder projects.
During build installs that script the grabbed driver into the PE.

The advantage compared with DriverPacks: When you only have some systems where you want to use the built PE, this method needs much less PE space and much less build and boot time.

The advantage compared with hostAUD / hostNIC / hostVID: You do not need RAM boot to have a writable running PE.

The .zip contains also the latest version of reg2WBSprg.exe which is needed by localDriver.exe.

When somebody has a driver which does not run on your PE: 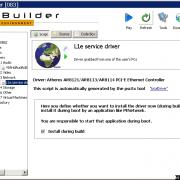